You are here:
HomeGLOBAL ECONOMY AND TRADEMARK RIGHTS – 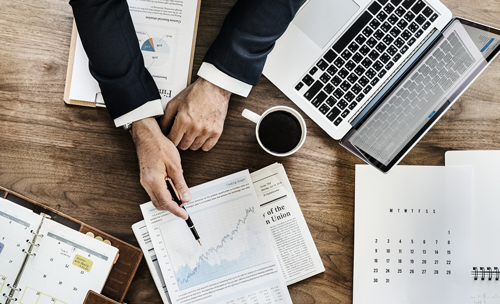 If a global market is taken into account, the scope of use and protection of trademarks extends beyond the basic standards for trademark infringement; that means, the usual ‘likelihood of confusion’ parameter is not apt to judge the case. When we speak of well-known marks, both the perspectives – one, from that of the owner of a well-known mark and two, from that of a new entrant into the market – this becomes even more apparent. There exists no ‘global trademark law’ per se; hence treaties and agreements that encourage intellectual property cooperation between nations come into play alongside the efforts of awareness and harmonization by nations around the world to encourage the enforcement of trademark rights or Trademark registration lawyers in Chandigarh. When not only national but also the international public standing and impact of a trademark exceeds the categorical scope of the goods and services it is initially associated with, these efforts of protection and enforcement by the right owners are made more sincere to keep pace with the territorial non-limitation of impact and reputation/trademark lawyers in Delhi.

The parent international documents for guidance on trademark laws around the world – the TRIPS Agreement as well as the Paris Convention for the Protection of Industrial Property, 1883(as amended from time to time) – recognize the impact of well-known marks as being truly global in nature. While the Paris Convention says that even an unregistered mark of a good member country may be legally recognizable and protected if it is popular enough, the TRIPS Agreement provides for this privilege to be extended to services. Article 16 of the latter goes into details about specific circumstances that would allow the deciding authority to refuse the issuance of approval for a new trademark proposed to be used for a different class of goods and services as a previous one, even if it is for a different class of goods and services.

Indian IP legislation is also well-equipped to ensure the legal recognition of well-known trademarks. The Trade Marks Act, 1999 takes the lead therein, and the Trade Mark Rules of 2017 further that cause. Specifically, Section 11(2)(b) of the Act of 1999 provides for the aforementioned ‘refusal of registration’ along the lines of provisions of Article 16 of the TRIPS Agreement.

Indian courts have time and again recognized the non-existence of territorial barriers when brand reputation is spoken of, and trademarks are clearly deeply associated with the said repute. The opinion on the quality of a brand is further manifested in consumer awareness, the reach of advertising campaigns, access to the said good or service, and of course, the accessibility of the product. Overall, once a brand name is popularized, it can almost immediately be associated with a visual that is a trademark/trademark your business name.

The two doctrines that are crucial in the arena of well-known trademarks are – (a) the universality doctrine, and (b) the territoriality doctrine. The Indian judicial system has weighed the two side-by-side when determining cases involving such trademarks and their alleged infringement. This article attempts to discuss the same in the light of some case laws.

To establish a case where an injunction is sought to restrict the use of a well-known trademark, the claimant must go beyond the usual domestic jurisdiction criteria. It is of utmost importance that we recognize the global nature of trade these days, but make conscious efforts to not let domestic businessmen be affected by business giants, or a nation may never be able to claim self-sufficiency or encourage young entrepreneurs. It may therefore be safely concluded that the world shall probably see the doctrine of territoriality being given preference even in the days that we are yet to see.