INFRINGEMENT BY REGISTERED PROPRIETOR OF A TRADEMARK

You are here:
HomeINFRINGEMENT BY REGISTERED PROPRIETOR OF A TRADEMARK 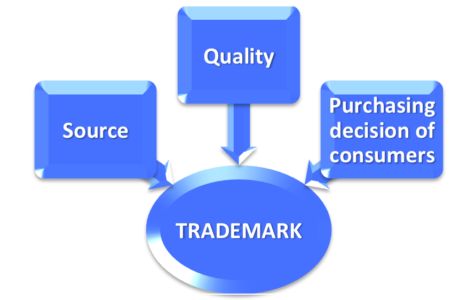 In the case of Consolidated Foods Corporation v. Brandon and Co., Private Ltd. – AIR 1965 Bom 35, it was observed that “Priority in adoption and use of a trademark is superior to priority in registration”.

In the instant case, the Hon’ble Supreme Court of India confirmed with the observation of the Division Bench which states that “From the aforesaid facts including the extensive advertisements of the goods of the first respondent & its trademark ‘WHIRLPOOL’ and the legal position adumbrated hitherto we are prima facie of the opinion that the trademark ‘WHIRLPOOL’ has acquired reputation and goodwill in this country and the same has become associated in the minds of the public or potential buyers with the goods of the first respondent. Even advertisement of the trademark without the existence of goods in the market is also to be considered as use of the trademark. It is also not necessary however that the association of the plaintiff’s marks with his goods should be known all over the country or to every person in the area where it is known best.”

The Hon’ble Supreme Court of India observed that “The concept and principle on which passing off action is grounded is that a man is not to sell his own goods under the pretense that they are the goods of another man. A trader needs the protection of his right of prior use of a trademark/trademark lawyers in Delhi as the benefit of the name and reputation earned by him cannot be taken advantage of by another trader by copying the mark and getting it registered before he could get the same registered in his favor. We see no reason why a registered owner of a trademark should be allowed to deceive purchasers into the belief that they are getting the goods of another while they would be buying the goods of the former which they never intended to do. In an action for passing off, it should not matter whether misrepresentation or deception has proceeded from a registered or an unregistered user of a trademark. He cannot represent his own goods as the goods of somebody else.”

In Clinique Laboratories LLC & Anr. v. Gufic Limited & Anr. – 2009(41)PTC41(Del), the Delhi High Court observed that “registration is only prima facie evidence of the registration otherwise being in accordance with the Act under Section 31(1) and even Section 28 (1) while being subject to other provisions of Act, further provides that “registration of the trademark, if valid, gives to the registered proprietor” exclusive right to use the trademark. Therefore, the Hon’ble Court held that Section 31 read with the scheme of Section 124 leads to an un-escapable conclusion that –

(A) there can be a suit for infringement against the registered proprietor;

(C) the court is empowered in such cases to pass any interlocutory order.

The court while passing interlocutory orders will necessarily have to prima facie adjudicate the validity of the two competing registrations. The legislature under Section 124 (5) has thus empowered the court under Section 124 (5) to grant an injunction against the use of registered trademark/copyright registration lawyers in Delhi also if the court is satisfied with the invalidity thereof. Though in view of Section 31, the test would be much stricter.” Reference was made to the judgment in Singer Company Limited & Anr. v. Ms. Chetan Machine Tools & Ors. – (2009) 159 DLT 135 where it has been held on a prima facie view that a suit by a registered proprietor of a trademark against another registered proprietor of the same trademark cannot be refused to be entertained at the threshold – such a suit can lie but may have to have stayed pending adjudication of the defense raised by the defendant.