TERRITORIALITY VS. UNIVERSALITY – THE RISE OF DEBATE:

You are here:
HomeTERRITORIALITY VS. UNIVERSALITY – THE RISE OF DEBATE: 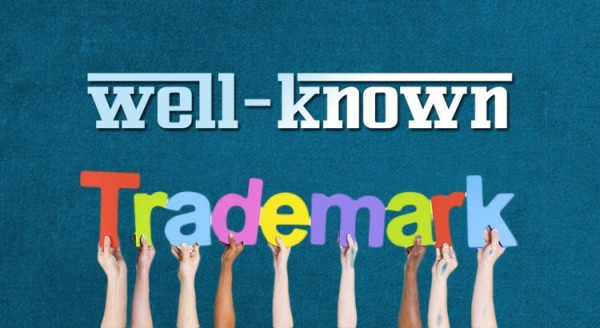 The doctrine of Territoriality – A sovereign state according to the provisions of its domestic laws, grants trademark rights. The principle of territoriality states that this right does not go beyond the boundaries of such a sovereign state. In simpler words, it means that a well-known trademark can only be considered so within the nation’s territory as its reputation is limited that way. The right granted recognizes a well-known trademark/best Design registration lawyers in Delhi within such limits and grants rights to the owner.

We may refer to the case of Jones Investment Co. versus Vishnupriya Hosiery Mills to exemplify an instance of the use and recognition of this principle by the Intellectual Property Appellate Board (IPAB). The IPAB chose to rule against the complainants, pointing out that since the said complainant (a foreign MNC) had no intentions of expanding their business in India and launching their products into the Indian market, an Indian company could not be halted from using trademarks that were allegedly similar. The ruling was based on the ground that the country/countries where Jones Investment Co. was based or conducted its business were the only ones that could possibly consider that the said company’s trademark was well-known amongst the consumers in the country.

The doctrine of Universality– This principle simply respects the concept of the trans-border reputation of a brand. It is often considered as an exception to the aforementioned territoriality principle. The possibility of a brand having a universal reputation is not ignored when courts choose to apply this principle to a case. For instance, the Hon’ble Supreme Court in the case of Millet Oftho Industries & Ors. versus Allergan Inc. pointed out that the respondents were the first to use their trademark in and around the markets of the world. Hence, it was irrelevant whether or not they used it in India; as that was purely a matter of business decisions, regardless of which their trademark rights ought to be recognized as global/Trademark registration lawyers in Ludhiana.

TERRITORIALITY VS. UNIVERSALITY – THE RISE OF DEBATE:

Since both the doctrines have been recognized by the Indian judiciary on a case-to-case basis, the case of well-known trademarks notches up a debate as to which one should be preferred over the other.

The most favored opinions on a global scale seem to be in support of small companies in a country, which indicates the preference of the doctrine of territoriality. That would protect the said small domestic companies and start-ups from giant MNCs hoarding and flashing rights that they hold in other countries and trying to extend the same to a market that doesn’t house its customers. Even the United Kingdom resonates with the idea, and their judicial system displays its favor of the territoriality principle in the case of Starbucks versus British Sky Broadcasting. The court held that accusations of passing-off by a trader against another shall hold no merit in a territory where the former has no client base or trade-related associations.

Those who favor the doctrine of universality claim that the sale of goods and/or services bearing a particular mark being sold only in a particular geographical area, do not determine its overall reputation. Even if the product is advertised beyond the area it is available in, or its name reaches the ears and eyes of the general public in some way – especially in this increasingly digital era – automatically establishes goodwill and reputation. However, the whole idea is in gross contradiction of the basic principle of equality because a justified comparison would involve two or more things equal by nature and type. It is immensely essential to prove the existence of ‘goodwill and reputation’ beyond territorial boundaries if an exceptional hearing is sought, and sales to customers are evidence of the same.

As a follow-up to the plaintiff’s application and requisition for ISKON to be declared a well-known trademark/Online Registration of Well Known Trademark, this was a passing-off suit instituted against Iskon Apparel Pvt. Ltd. The plaintiff sought that the Court restrict the defendants from using the trademark ISKON, which the plaintiff had first created in New York in 1996. Over the years, this name has come to be reputed and recognized worldwide. They even have a reach in India aside from their global presence otherwise, and marketing a variety of goods and services bearing the trademark. The Court did recognize the same and awarded the status of a ‘well-known mark’ as under the Trade Marks Act, 1999 to ISKON.

Commercial morals and their practice are at the heart of the doctrine of territoriality. Domestic traders who are conducting their business in a bona fide manner are benefitted from the same, and it boosts trade within the nation, without the looming fear of a rich company overpowering and over-utilizing the scope of their trademark rights in an unjustified manner. Thus, in the Indian context in an instance where a petitioner whose company is of foreign origin or even local origin claims reputation and goodwill associated with a trademark that goes beyond its geographical area of establishment and primary operation of a provision of goods or services, they must submit highly satisfactory evidence of the same. If the goodwill is acquired in one such area, it will not immediately be assumed that such a high reputation is prevalent worldwide. Any claims by an entity of reputation beyond territorial limit must be backed by the furnishing of proof that the trademark is indeed well-known beyond the place of origin or principal business conduct.